Merriam-Webster Dictionary defines a “Blog” as:

As a Bike Lawyer, I blog about “The Law” and how it affects bicyclists in Kentucky and Ohio.  I also blog about bicycle advocacy, bicycle happenings, and bicycle riding and racing.  This week, however, I choose to write about a recent cycling experience with more than a modest amount of embarrassment.

Cycling is a lot of things to a lot of different people.  Cyclists come in all sizes and shapes and varieties of disciplines and interests.  But we all have one thing in common – we love our cycling.  Being a cyclist is part of our identities.  We share that part of our personality with family and friends.  Most cyclists can attest to involuntarily becoming the resident expert at work every July as Le Tour rolls through France.  In those moments we are ambassadors for the cycling community.

We make new friends on group rides and enjoy old friends on weekend rides.  When we ride with friends, we often solve all the world’s problems and at times work through personal difficulties on those rides.  There is a kinship at the center of cycling.  That kinship is all the more special when you can share it with family.

I am approaching half a century on the planet and have lasted long enough that I can ride with younger family members.  Last week I had the treasure of getting to ride with my nephew Taylor who was in town for a family wedding. 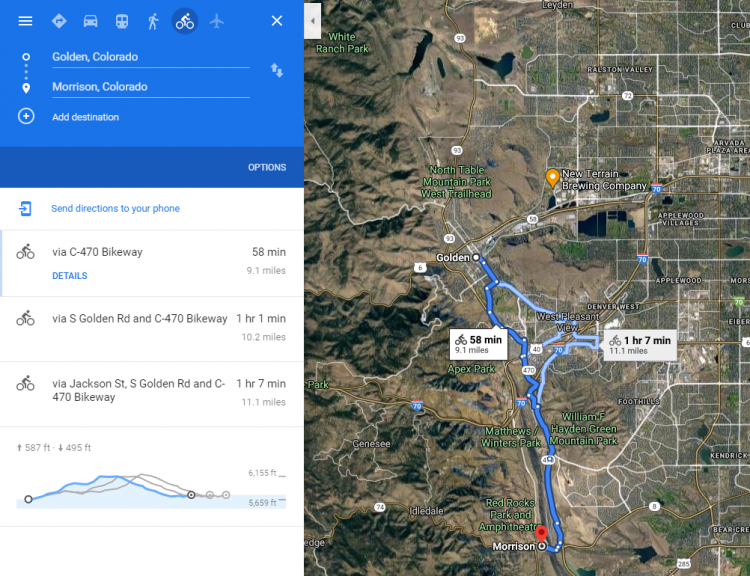 Miles of Bike Paths Along C-470

Taylor is one of a kind.  He is an Eagle Scout, an Architect, and presently a Wanderer.  J.R.R. Tolkien reminds us that “Not all those who wander are lost” and that applies to Taylor.  Taylor has always loved the outdoors from Cub Scouts to Adult Life.  He spent his Summers at Philmont Scout Ranch and now his adventures are headquartered in Denver, Colorado.  He has hiked the entire 2,650 miles of the Pacific Crest National Scenic Trail (PCT) and as I pen this blog, he is somewhere in Maine hiking the Appalachian Trail (AT) from north to south. In his words, he is “chasing summer” along the trail.  There is more than a modest amount of irony in those words as I watch a young man challenge the convention of hiking the AT from south to north and more broadly challenge the convention of spending the summer of his life at a desk job.

Can you tell I am fond of Taylor?

So, I was very much looking forward to a ride with him while we had him in town.  When in Denver Colorado he rides a fixie, a gravel bike, and a Pedicab for extra cash.  He regaled me bike packing stories and tales of riding Mount Lookout, Green Mountain, South Table and North Table Mountains.  When Taylor goes out for beers he can connect over 10 miles of protected bike paths from Golden, Colorado to Morrison, Colorado.

I did not have anything on par with Taylor’s Colorado cycling options in Northern Kentucky and Southwestern Ohio (although we have plenty of hills).  Regardless, we rolled out of my garage at about 3:15 on a Thursday.  We had planned on a 2:00 start, but as work would have it, I was running late.  We road single file, then two-abreast and back to single file along some rollers just north of my house. 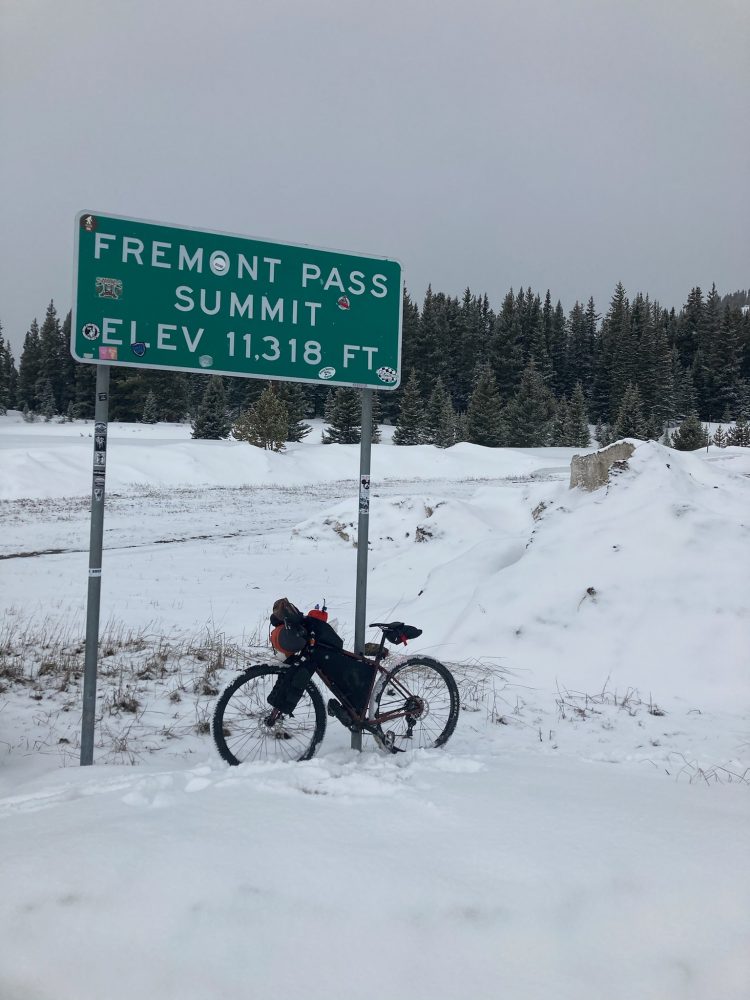 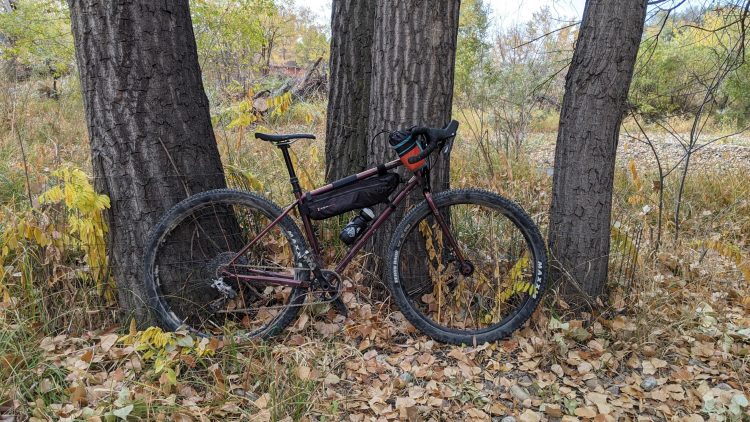 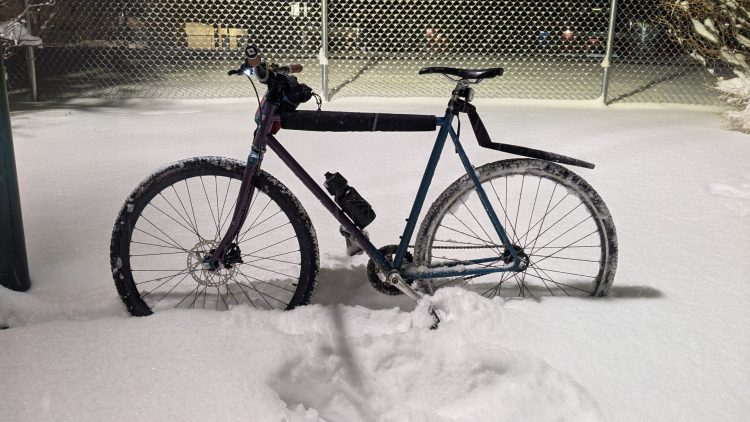 Strike One – Am I Entitled?

When we reached the first lighted intersection a middle-aged woman rolled up to us at the intersection and with her window down declared (I later learned the question mark was rhetorical) “Do you feel entitled?”

Entitled?  I thought to myself.  This is weird because this woman literally had a trunk rack with a bike on it!  So, facing a fellow cyclist I took stock of the situation.  What did I do wrong?  We were 2 miles into the ride.  I had a blinky on.  Taylor had a blinky on.  We both had helmets.  We were riding at 17 miles per hour (uphill) and alternated between two abreast and single depending on traffic.  She could not have been behind us for more than a quarter-mile.

So, I asked her for clarification: “To what did I feel entitled?”  This was an earnest question as I was genuinely confused and had clearly irritated a fellow cyclist.  Her response?  “You know what I mean.”  And she drove off in a huff.

The middle portion of the ride was on a bike path so Taylor and I chatted that conundrum up for at least fifteen minutes and we both remain confused to this day about what she really meant.

Regardless, that was an unfriendly way to start our ride.

Strike Two – What About That Three Foot Law?

Once we exited the bike path, we were on old country roads with zero shoulder and a white line.  I have nothing against old country roads, I kind of like them to be honest.  With a delayed start time, it must have been around 4:30 when we hit that patch of roadway and we had vacillating adherence by our fellow motorists with the three-foot law as they passed during growing rush hour traffic.  Getting buzzed is par for the course, but again, embarrassing to me as I was showing Taylor one of my local routes.  I had to wonder; Did Taylor get the same treatment in Colorado?  Colorado has a three-foot law.  I was too embarrassed to ask.

Things have a way of occurring in threes.

As we descended off the hardest segment of the ride, Eight Mile Wall, we approached a four-way intersection with a stoplight.  We were facing west with a left turn lane.  As a matter of personal policy, I always enter the roadway as I approach intersections.  A cyclist in the roadway is more visible and avoids the risk of being clipped by a right-turning vehicle if the cyclist remained in the shoulder.   This approach also allows you to stay out of the way of any motorists who are taking a right turn on a red light.

Well, none of this sat well with the fella in the All-Black Ford Expedition EL with Black Rims who was immediately behind us in the intersection.  Here comes Strike Three!  In an attempt to get our attention, he laid into that Ford Expedition’s horn with multiple five-second horn blows.  This had the intended effect of getting my attention and I turned around to find him gesticulating madly in between horn blows.  I interpreted his hand signals to read something along the lines of You-Have-No-Right-To-Be-Where-You-Are-Get-Out-Of-My-Three-Quarter-Ton-SUV’s-Way.  It was almost like I hurt his beloved SUV’s feelings and he felt honor-bound to defend his slighted vehicle.  His face was very red.

We did not move.  I offered him the opportunity to roll down his window and use words instead of his horn to communicate with us.  He declined.

Regardless, at the end of the day, all of this: (1) angry motorist number 1; (2) the close passes on narrow roads; and (3) the excessive use of one’s SUV’s horn, all left me embarrassed.  Taylor is too kind to complain about it, but our community sure did not give him a warm reception as a cyclist.

However, the ride was not a complete bust.  He did ask me to text him a screenshot of the Eight Mile Wall Segment and its 16% grade.  I hope he adds that part to his story when he is chatting with his Denver buddies about riding back home because the rest was not very pretty. 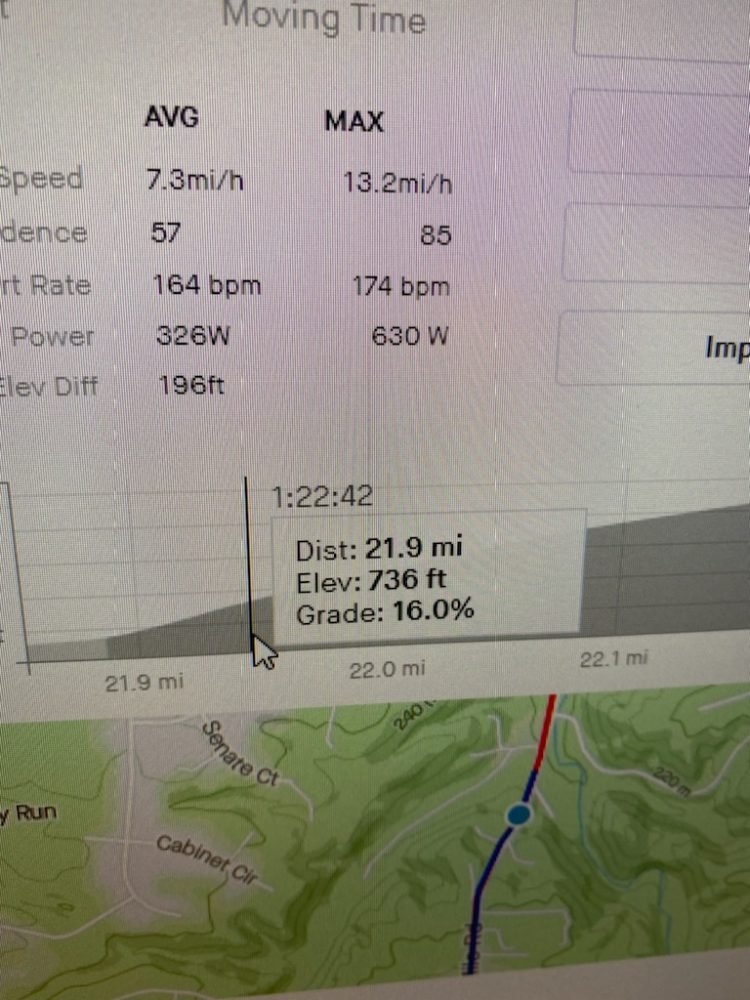