The Garrett County Double Diablo Grand Fondo on June 18, 2022 was not my idea.

My training partner, Nate, suggested it on a Sunday Ride.  He really dared me to say No.  He tends to bite off Big Projects like TNGA, Michigan’s Coast to Coast Gravel Grinder (which he has also talked me into), Mohican 100 Mountain Bike Race, several Nue Series Mountain Bike Races, and the list goes on.  So, I approached his “dare” with a bit of trepidation considering these past events. 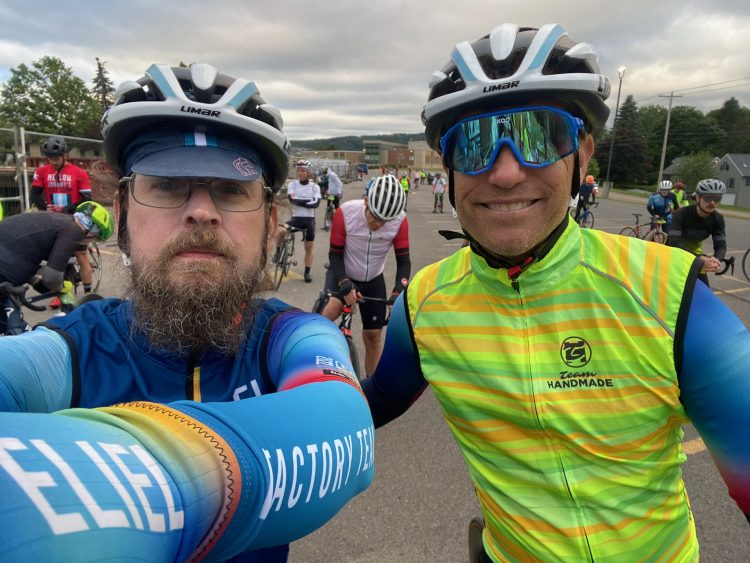 I knew the Double Diablo had some serious elevation.  Nate casually suggested that it was “around” 15,000 feet of elevation gain, but that it was “fun” with “great views.”  Great Views? I thought with no small measure of skepticism.  Yeah, a great view of my front tire for hour after hour.  I kept that to myself.

I needed a project for my 50th Year on the Planet and I figured that a Grand Fondo was as good an excuse as any, so I signed myself up.  Many sleepless nights followed.  For the uninitiated, the double in Double Diablo stands for a double metric century for a total of 125 miles.  The ride organizer also offered a standard century course, a metric century course, and a forty-four-mile course as well.  The Diablo in Double Diablo stands for diabolical amounts of climbing.  The ride organizer recently changed the course.  Apparently, 15,000 feet of elevation gain was not diabolical enough, so they added another 2,300 feet (per my Wahoo Bolt) of elevation to confirm the ride’s diabolical pedigree.  I paced myself based on Nate’s 15,000 feet representation – more on that later.

Northern Kentucky and Southwestern Ohio provide plenty of climbing thanks to the glaciers that carved out the Ohio River Valley.  However, glaciers can only carve out so much elevation.  Garrett County, Maryland sits in the Appalachian Mountain range.  The region is variously known as the Allegheny Mountains, the Allegheny Plateau, and the Appalachian Plateau. I don’t care what you call it, mountains are mountains and that means lots of elevation.  Nate and I did plenty of century rides in preparation.  While our longest ride was 142 miles, we could only manage 7,000 feet of elevation gain. I went into the ride with no sense of how my legs would handle another 8,000 feet of elevation gain.  It was probably a good thing that I never checked the website.  I would have discovered that my longest ride was still 10,000 feet short.  Yikes.

So how did it go? 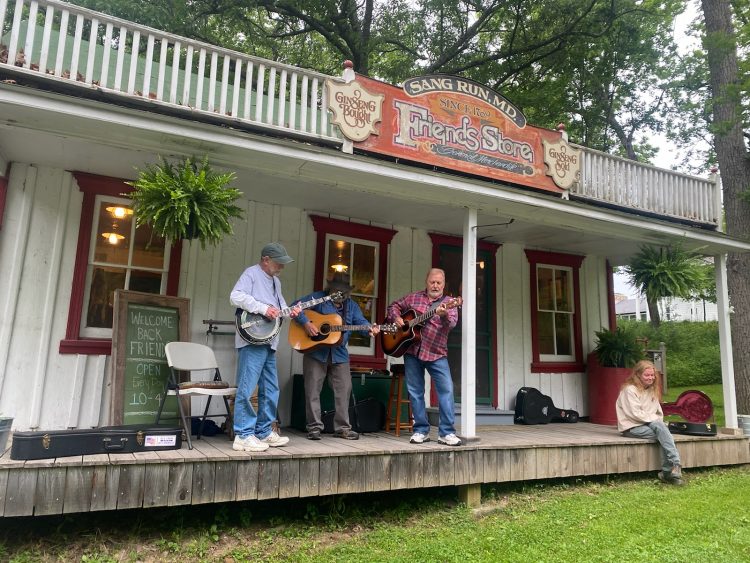 We started out at barely 50 degrees (good thing I packed arm warmers, leg warmers and a vest) and SUPER windy – the wind did not relent.  The wind farms we saw on the drive in should have been a clue.  The very first climb up Overlook Pass set the tone for the day: a ten-minute climb, much of which averaged a 11.7% grade.  I knew that Nate knew how many climbs we had ahead of us.  It turns out there were twenty-nine more.  Nate studies routes and finds those types of important details interesting.  I did not bother to ask.  I just could not digest that information.  I wasn’t even focused on miles.  Total feet of elevation gain, current power and average power were to be my only guides.  Maybe that was a mistake, maybe not.  Anyone who has raced a bike or been around bike racing is familiar with the term “burning a match.”  This was something entirely different.  You can burn too many matches in a race, and it may cost you a place or two, or ten.  But you finish the race.

I wasn’t worried about winning or scorching any timed segments (there were seven). I was worried about finishing.  More specifically, I was worried about finishing in under nine hours, because Nate did the 2018 route in eight hours and forty-five minutes (with only 15,000 feet of elevation gain).  So unwittingly I gave myself a fifteen-minute cushion to cover the extra 2,300 of elevation totally unaware that the routes were not the same (recall I did not check the website at any point before the ride).

Back to burning matches.  I think a better analogy is “making a withdraw.”  Every single climb was a withdrawal.  If you dug too deep, you might not have the funds to finish the ride 70 or 80 miles later.  So, I hit each climb not knowing how my body would respond two, three or seven hours later.  I tried to keep each climb between 240 and 300 watts, which was surprisingly hard because every single climb had a 12% to 15% ramp in it somewhere.  I was also running 53/39 up front and 11-28 on my cassette, which did not leave any opportunity to “spin to win.”  I also tried to keep my overall average power between 175 to 200 watts.

At roughly six and half hours in we hit 10,000 feet in elevation gain.  I guessed – wrongly – that we only had five more thousand feet and I could manage a finish, maybe around nine hours?  After six or so hours the ride started to get fun because it seemed doable at that point.  The next actual 7,000 feet came much like the first 10,000 feet – long hard climb followed by a crazy fast descent.  One after another.  I would estimate that there was a scant twelve miles of continuously flat but very beautiful miles (turns out Nate was right about those views) that we tapped out along a river/large stream.

The Double Diablo is for a specific rider-type to state the obvious.  If you don’t “like” to climb, the ride may not be your cup of tea.  Regardless of your body-type or preferred riding style, a compact up front and a big cassette would have helped a lot.  I saw plenty of riders spinning out the climbs.  Disc brakes were another advantage of sorts, the descents were fun and crazy fast.  The descents were a temporary reprieve from the climbs – nothing more!

I would be remiss if I did not mention the aid stations.  I have never done a ride that was this well supported.  They had motorcycles all over the course.  I saw at least one motorcycle with a full toolbox aboard and a bike stand which he broke out at the final aid station.  The organizers even had spare tubes and tires at most aid stations.  Hammer Gels sponsored and supported the ride as well. 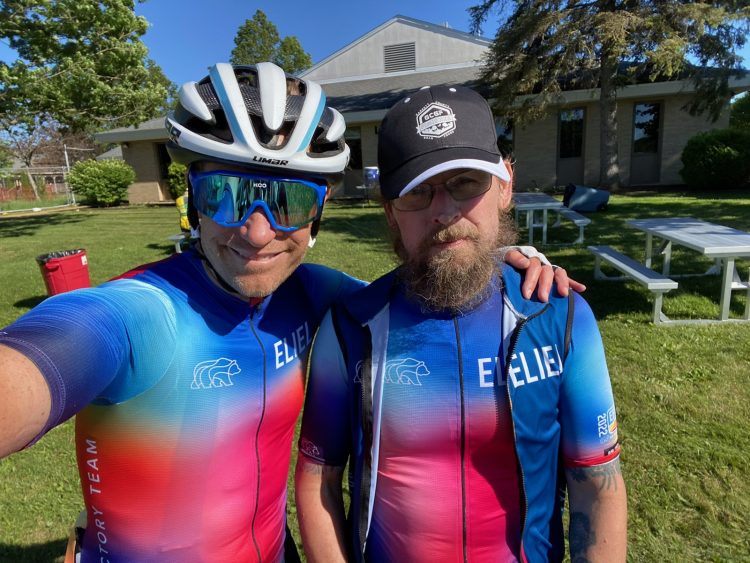 Some final thoughts.  Would I do the ride again?  That would have been a hard pass for a few weeks.  As I pen this blog, I can see a scenario where I would be back.  I could definitely see how this ride would become an annual rite of passage for Maryland and DC cyclists.  The Double Diablo is definitely a Bucket List kinda ride for the rest of us.

If you want to follow my cycling misadventures, you can find my blog articles here and my podcasting here.