Many Cyclists and Cycling Advocates are big fans of Idaho Stops.  I know I am.  Currently, at least six states have “legalized” Idaho Stops: Idaho, being the first in 1982, as well as Arkansas, Colorado (on an opt-in basis), Delaware, Oregon, and Washington.  California, Colorado (on a statewide basis), New York, Utah, and Virginia have proposed passing Idaho Stop legislation in 2021.

Delaware’s “Idaho Stop” legislation entitled Bicycle Friendly Delaware Act was enacted on November 1, 2014.  The legislation is unique as the original bill contained a “sunset provision” which provided that the law would “sunset” or terminate if not renewed.  Well, the sun is descending toward the horizon line.  An amendment in the form of House Bill 36 proposes making the Bicycle Friendly Delaware Act permanent is pending on the floor of the Delaware Legislature.

As a nonresident of the fine state of Delaware, all of this came to my attention as the Kentucky Bike Lawyer via my Google Alerts which got me thinking about Idaho Stops in Kentucky.

Idaho Stops can be divisive between motorists and cyclists, so they are back in the news in Delaware with strong feelings on both sides of the debate.  On the one hand, uniform laws should encourage uniformity among all users of the roadways and therefore safety should follow.  On the other hand, cyclists will report that while uniformity in the use of the roadways is a noble goal, predictability at intersections does not necessarily follow.  A lack of predictability makes intersections particularly dangerous for cyclists.

Let’s face it, at intersections cyclists are often treated as a hybrid of motorist and pedestrian.  In most localities pedestrians are not held to the same traffic rules as motorists and that may further confound a motorist’s understanding of the “rules of the road.”  Most motorist-cyclist intersection interactions, in the best-case scenarios, are fraught with confusion:

A motorist with right-of-way may yield despite arriving at the intersection first just to avoid the potential for a crash.

A motorist without right-of-way may incorrectly interpret eye contact with the cyclist as permission to proceed.

A cyclist without right-of-way may also incorrectly interpret eye contact with a motorist as permission to proceed.

A motorist may not come to a complete stop when making a right turn and collide with a cyclist proceeding with his or her right-of-way.

A cyclist may just blow a downhill stop sign with painful results – I have seen it myself on a group ride.

The permutations can go on.  All it takes is one first person experience to harden a person’s belief system for a lifetime.

Our friends at Bike Delaware are encouraging voters to follow the science, to borrow a recent turn of phrase.  Bicycle crashes at Stop Sign Intersections have been down a whopping 23% in Delaware since the Bicycle Friendly Delaware Act was enacted.  Fortunately, all other crashes involving bicycles were also down during that 30-month period, but by only 8%.  23% versus 8% is statistically significant, even for this simple country lawyer.

One of the first, most influential, and oft-cited studies of the “Idaho Law” was penned by Jason M. Meggs in 2010.  That study was entitled Bicycle Safety and Choice: Compounding Public Cobenefits of the Idaho Law Relaxing Stop Requirements for Cycling.  As of 2010, Idaho had been a real-world test case for relaxing stopping rules for bicyclists at intersections.  Meggs reviewed several studies.  Comparisons of Boise, Idaho to comparable cities found Boise to be safer for cyclists.  For example, when compared to Sacramento, California bicycle safety fared 30.4% better in Boise on the low end and 60.6% better on the high end.  Within the State of Idaho, bicycle injury rates in the state declined by a substantial 14.5%, with no change in the number of cycling fatalities the year following the enactment of the Idaho Law.

Cycling Advocates have done, and continue to do, their homework on increased safety at stop sign intersections as a result of Idaho Stop Laws.  I would like to see the numbers from “Motorist Advocates” (is there such a group?) that demonstrate that Idaho Stop Laws have increased the number of injuries to motorists who collide with  cyclists at an intersection (regardless of fault) in Idaho (we are approaching 40 years since the enactment of the Idaho Law) or in their state.

In this age of inexpensive digital cameras and accessible public records, opponents of the Idaho Law could easily cobble together statistics on motorists injured because of collisions with cyclists at stop sign-controlled intersections.  Why don’t they?  Common sense would dictate that a motorist encased in a quarter ton of steel usually fares better than a cyclist on a 15-to-25-pound bicycle with nothing more than a jersey or jacket on his or her back.  But I am willing to be convinced by the science if it is out there.

The Delaware kerfuffle got me thinking about Kentucky’s Revised Statutes and Administrative Code on Idaho Stops.  Kentucky is definitely not on the list of the BIG SIX: Idaho, Arkansas, Colorado (on an opt-in basis), Delaware (for now), Oregon, and Washington. 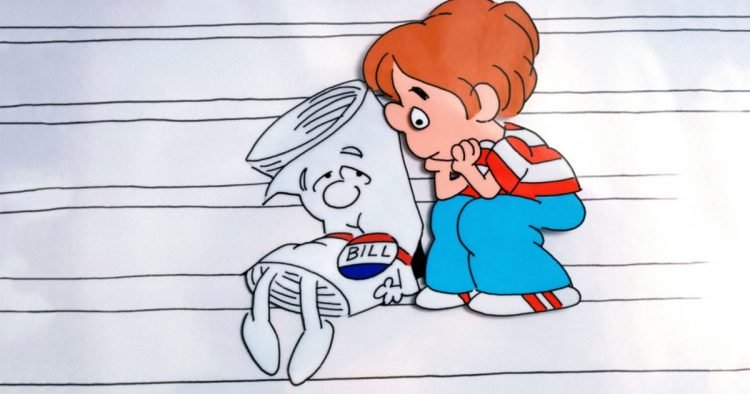 Kentucky’s Administrative Code does permit a type of Idaho Stop: “[a] bicyclist operating on a highway or highway shoulder may proceed after stopping and if safe against a red light if a traffic signal fails to detect the bicycle.” See, 601 KAR 14:020 Section 7(5).  Note that this is an administrative regulation, not a full-blown bill passed into law.  This regulation is not written in the vein of the original Idaho Law, which contemplates a cyclist “approaching a stop sign [who] shall slow down and, if required for safety, stop before entering the intersection[.]” Idaho Code 49-720.  It contemplates a full stop and a light that fails to detect a cyclist before a cyclist is permitted to proceed through the intersection.

As an administrative regulation, 601 KAR 14:020 Section 7(5) is also arguably subordinate to any local or municipal ordinances on point.  KRS 189.287 is the statute that gives the Department of Transportation the authority to pass regulations like 601 KAR 14:020 Section 7(5).  KRS 189.287 contains a caveat which states: “Bicycles and riders which comply with the regulations promulgated under this section are exempt from municipal and other local government regulations concerning safety equipment but not method of operation.”

So the short answer is that a true “Idaho Stop” remains illegal in Kentucky but a cyclist can proceed against a red light (1) provided he or she comes to a complete stop and the light was not triggered and (2) provided there is not a local ordinance on point regulating a cyclist’s use of an intersection.

If you have any questions about the Idaho Law in general or Kentucky Law as applied to cyclists, you can reach the author at [email protected]